You can download this sheet in PDF format by clicking on the PDF icon below. 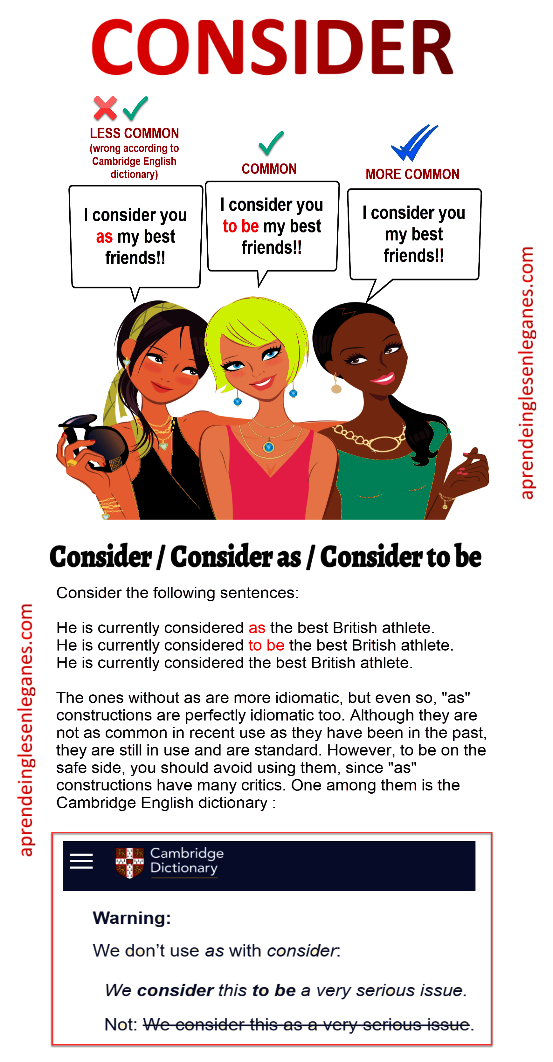 This book contains a compilation of 110 common and frequently seen writing mistakes in both the C1 and the C2 writing papers. By learning to recognise and avoid such errors, you can improve your writing skills, and therefore get better marks in your exam.Take some time to familiarise yourself with the mistakes included on this ebook and remember to always check your piece of writing before you hand it in.

CONSIDER AS , CONSIDER TO BE, CONSIDER

Consider the following sentences : He is currently considered as the best British athlete. He is currently considered to be the best British athlete. He is currently considered the best British athlete. The ones without "as" are more idiomatic , but even so, "as constructions" are perfectly idiomatic too. Although they are not as common in recent use as they have been in the past, they are still in use and are standard. However, to be on the safe side, you should avoid using them, since "as constructions" have many critics. One among them is the Cambridge English dictionary, which says the following : We don't use as with consider. We say : We consider this to be a very serious issue. Not : We consider this as a very serious issue.